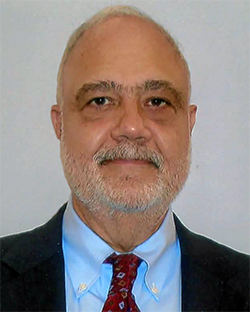 Andrew Grosso is a former Assistant U.S. Attorney who started his law practice in Washington, D.C. in 1994. He is a graduate of the law school of the University of Notre Dame, and holds master of science degrees in both physics and computer science from Rensselaer Polytechnic Institute. As an Assistant U.S. Attorney, he served from 1983 through 1994 in Tampa, in the Middle District of Florida, and in Boston, in the District of Massachusetts, concentrating in the criminal prosecution of government program fraud. He founded the Department of Justice’s first health care fraud task force, and was a founding member of the Department’s national Health Care Fraud Working Group.

Mr. Grosso’s practice includes the prosecution of False Claim Act whistleblower or “qui tam” cases; hi-tech commercial litigation; corporate compliance matters and internal investigations; Internet and privacy law; and cyber security and cyber litigation. He has acted as counsel to the Massachusetts Institute of Technology and co-authored the resulting “Report to the President: MIT and the Prosecution of Aaron Swartz.”

Mr. Grosso has served on the Council for the American Bar Association’s (ABA) Criminal Justice Section; has chaired that Section’s Committee on Science, Technology and Forensics; and has been a member of the Committee for the International Freedom for Scientists for the American Physical Society (APS). Since 1996 he has been a member of the national policy committee of the Association for Computing Machinery (ACM) and currently chairs the ACM’s committee on law. He also twice chaired the ABA’s National Institute for CyberLaw.

Among Mr. Grosso’s accomplishments as both an attorney in private practice and as a federal prosecutor are the following: